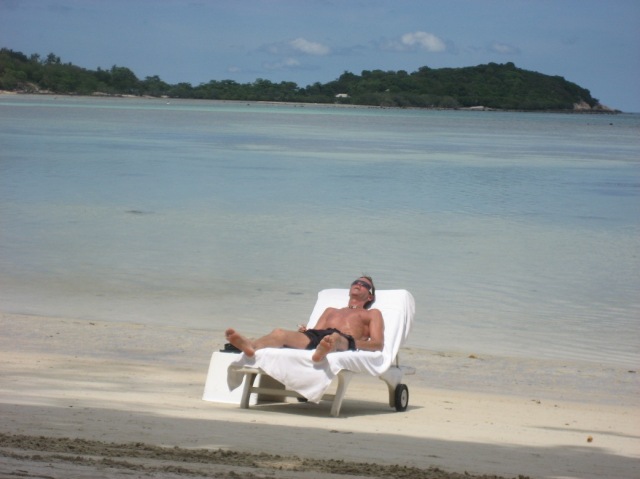 Radiation from the sun whilst lying on a beach is higher than in 99% of Japan during winter.

I am still being asked about the radiation levels in Hakuba and whether  it is safe to come here. As the rebuilding has progressed amazingly fast in north eastern Japan along with the containment efforts at Fukushima, it has been easy to forget about the issues that people from abroad are concerned with, especially living here in the Japanese Alps where the water is crystal clear and the air is pure. There is certainly no issue and never has been in the Nagano prefecture regarding radiation levels. Fact is you will receive more radiation from a day down the beach than you will travelling around Japan in the winter (not including obviously, Fukushima ). So ditch your bathers and beach holiday and come and enjoy the snow in Japan this northern winter.

Can I still visit Japan?

Yes. Many parts of Japan, including popular holiday destinations such as Hokkaido, Osaka, Kyoto, Nara, Hiroshima, Nagasaki and Okinawa, are outside the area affected by the earthquake and tsunami and received no disruption to infrastructure. Everything in these areas has continuously operated as normal.

Tokyo is back to normal with trains once again running like clockwork, water safe to drink and the beer and yogurt shortages now over (yes, there were temporary shortages due to packaging factories having been in the earthquake-hit region!).

The British Foreign and Commonwealth Office say it is safe to visit all parts of Japan, except the areas north east of Tokyo most directly affected by the 11 March earthquake and tsunami.

North-eastern Tohoku is the area that was worst affected by the earthquake and tsunami. Due to the destruction of necessary services and the ongoing disaster relief activities in this area, visitors are asked to refrain from visiting the area and travel within the exclusion zone surrounding the Fukushima Daiichi nuclear power plant is currently prohibited.
A joint statement from the World Health Organisation, the International Atomic Energy Agency, the World Meteorological Organisation, the International Maritime Organisation and the International Civil Aviation Organisation has reaffirmed that there is no restriction on international flights, and operations can continue normally into and out of Japan’s major airports and sea ports. Commercial flights are operating at all airports, including Sendai Airport which re-opened on 13 April..

Which areas have been affected by the 11 March earthquake and tsunami and where is the Fukushima nuclear power plant?

The map below shows which areas of Japan were seriously damaged by the tsunami. It also shows the location of the Fukushima nuclear power plant and distances from where it is located to major cities throughout Japan.

Hakuba is just above the T of Takayama on the map
Will my travel insurance cover me if I visit Japan?
Yes.  As the British Foreign and Commonwealth Office say it is safe to visit all parts of Japan, except the areas north east of Tokyo most directly affected by the earthquake and tsunami, most major travel insurance providers will cover your holiday in Japan. Please be sure to double-check check with your provider before you go.

Can I travel around the country on public transport?
Yes. Transport networks, such as roads, railways, airports and ports, are now almost completely back to normal outside the disaster zone. Visitors to Japan can use public transport to travel around all major cities – eg. Tokyo, Kyoto and Osaka – and the bullet train network to travel between cities such as Tokyo and Kyoto and Osaka and Hiroshima.

What about the situation of radiation in Japan?

Areas outside the 30 kilometre exclusion zone surrounding the Fukushima Daiichi Nuclear power plant have been evaluated to have permissible levels of radiation.  Environmental radioactivity levels by prefecture, including Tokyo, are monitored constantly and the readings are readily available to the general public. For more information, please refer to this page showing the levels of radiation in major cities around the world and Japan’s various prefectures. It clearly shows the levels of radiation in Tokyo are not high in comparison with that in major cities around the world.
Is the food & water safe?
Water
Tap water can be used for washing hands, bathing and drinking. For anyone who would prefer to drink bottled water, it is readily available in supermarkets and convenience stores. Radioactive materials in tap water are monitored everyday. For more information, please refer to the Japanese Government Ministry of Health, Labour and Welfare’s website.

Food
Radioactive materials in food products are monitored everyday. The Government of Japan restricts the distribution and consumption of produce that is found to have radiation level exceeding the standard which is set by the Government. For more information, please refer to the Japanese Government Ministry of Health, Labour and Welfare’s website.

Is there enough food & water?
Yes. There were some initial problems with distribution of supplies in the earthquake and tsunami affected areas due to damage done to the areas road, rail and shipping infrastructures. However, steady supplies of food and water have now been secured and are being distributed to people in the rescue centres and homes in the affected areas.

In other areas, including Tokyo, there are no longer any problems with shortages. Food, water and all other essentials are in plentiful supply.

Can I book a trip to Japan?
Yes, absolutely! Many tour operators continue to offer holidays in Japan. You can choose to have a holiday focusing on western Japan arriving via Osaka (Kansai) airport, or fly directly into Japan’s capital Tokyo to start your Japan holiday.

Living the dream and "Riding The White Horse". Come and stay with us in Hakuba and we'll show you the best of what Hakuba has to offer.
View all posts by Hakuba Blog →
This entry was posted in Hakuba, Information and tagged containment efforts, foreign and commonwealth office, Hakuba, Japan, Nagano, Radiation in Japan, radiation levels. Bookmark the permalink.

2 Responses to Radiation levels in Japan.